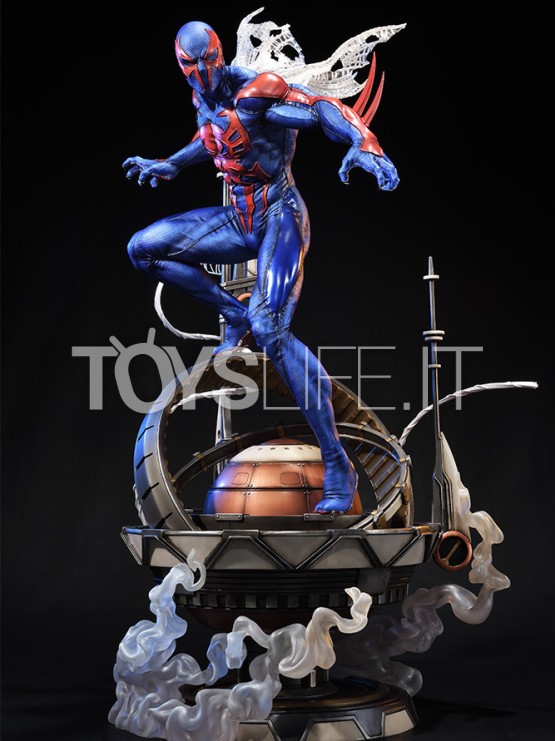 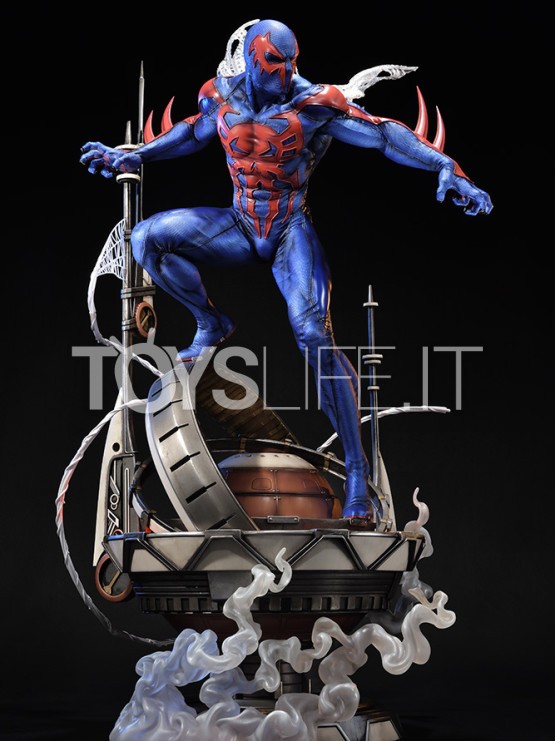 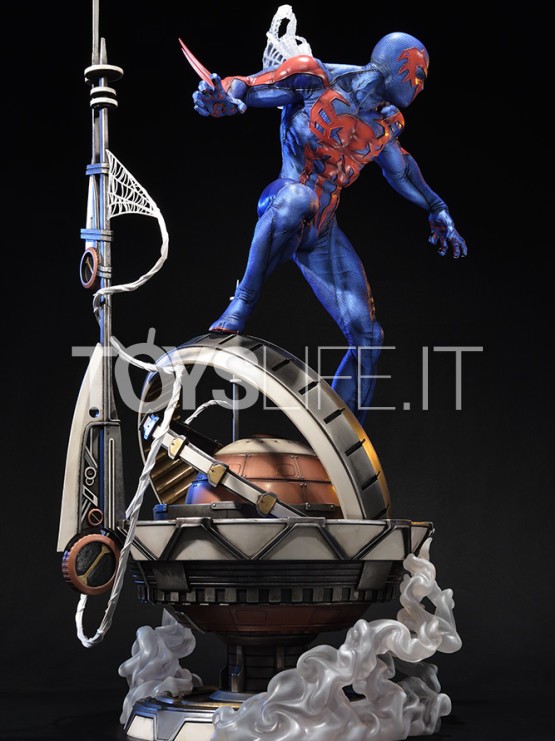 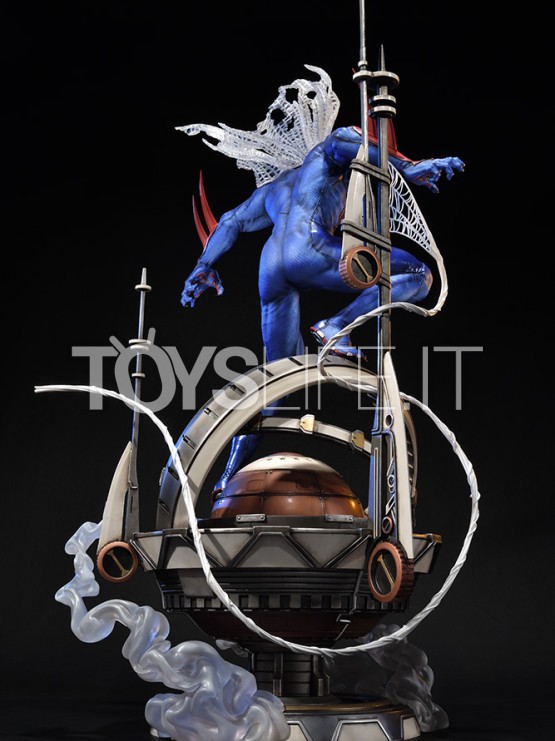 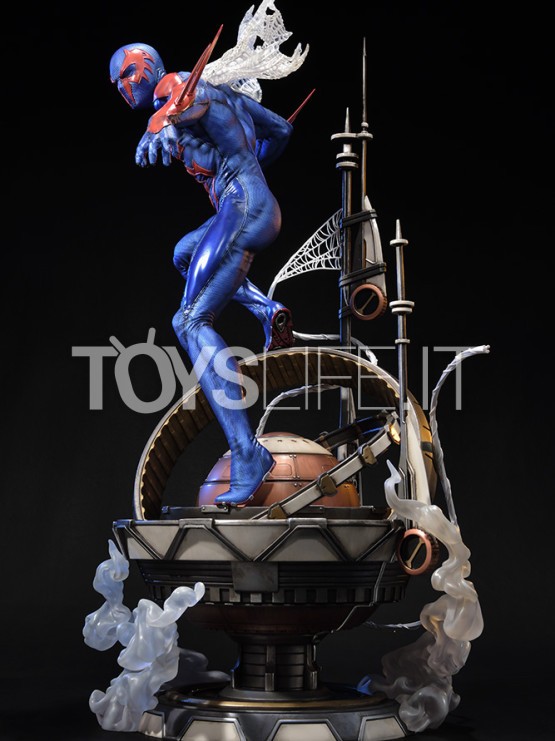 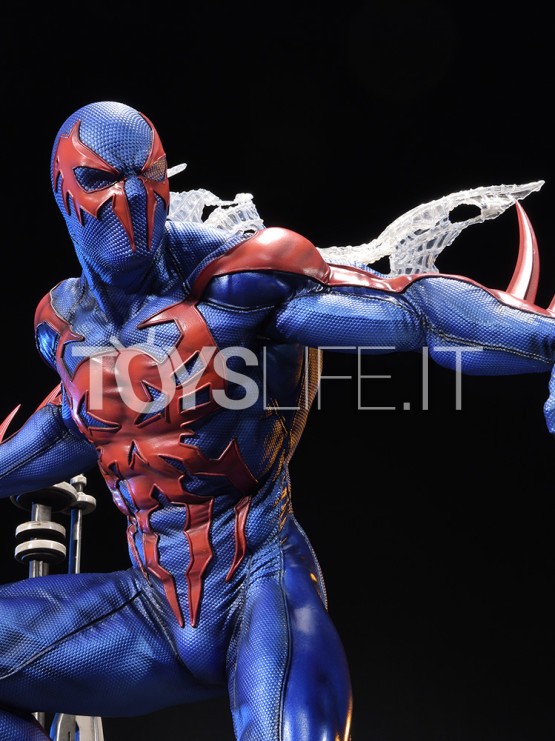 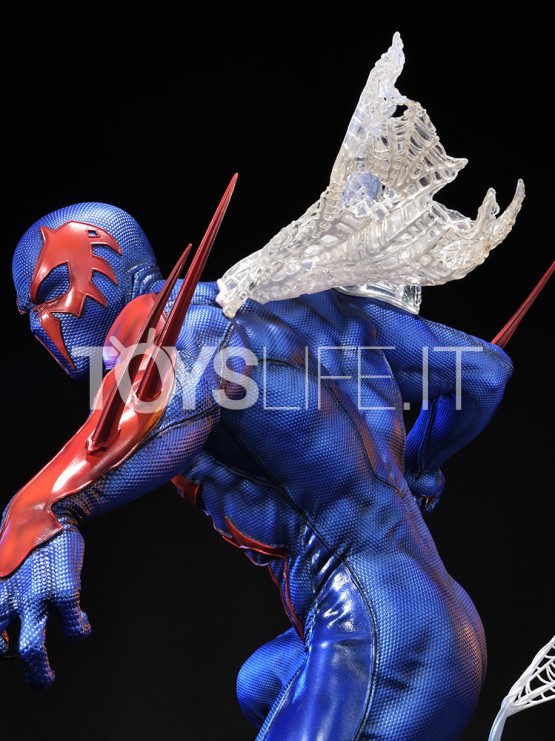 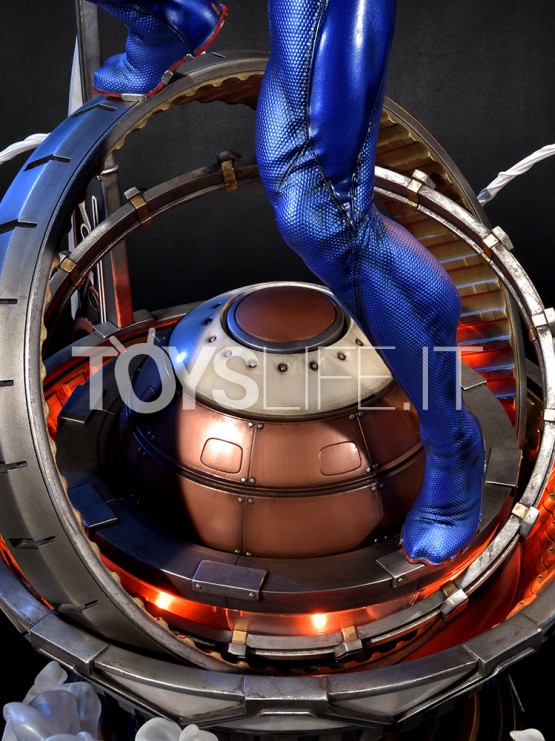 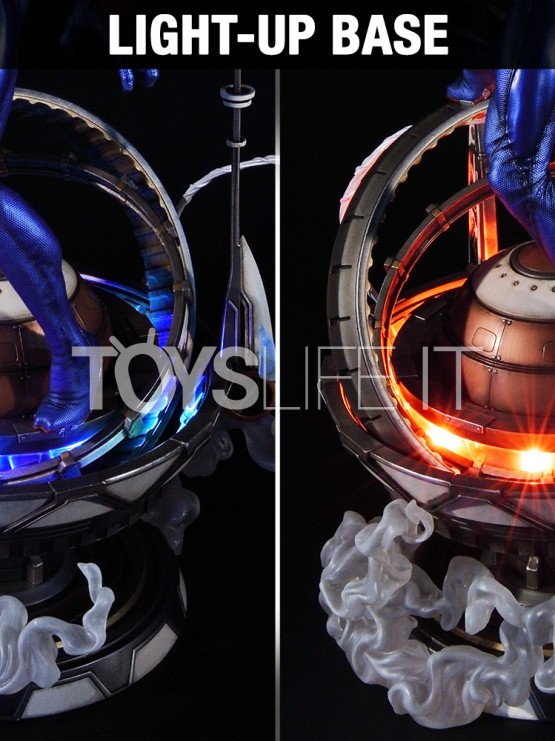 “All right, I think I should warn you. I know Kung Fu, karate and several other dangerous words.” – Miguel O’Hara

Prime 1 Studio and Sideshow are proud to present Spider-Man 2099. On Earth-928 the year is 2099, Miguel O’Hara worked as the head of the genetics department for the Alchemax Corporation, specializing in genetic coding and slicing. He toyed with the idea of recreating the powers of the original Spider-Man from years ago. Miguel decided to try to genetically cure himself by rewriting his genetic code from a sample he had taken previously. The results gave him spider-like powers. At this moment, Miguel began fighting crime and the evil corporation Alchemax As Spider-Man. 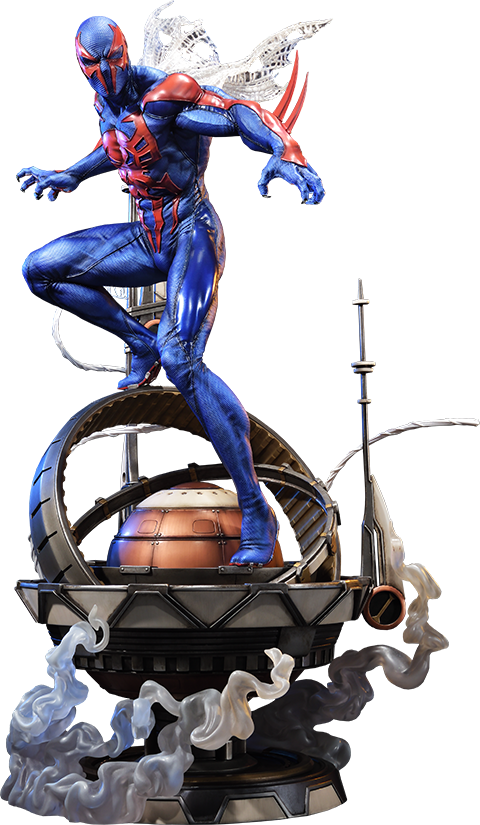 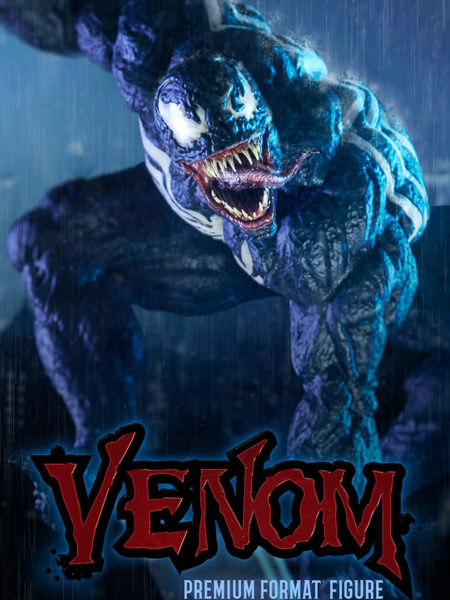 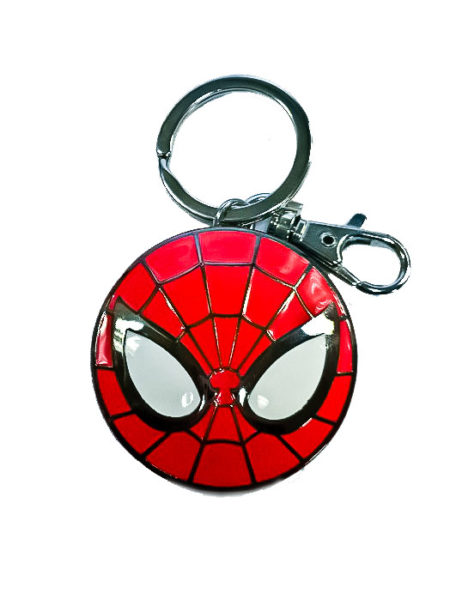