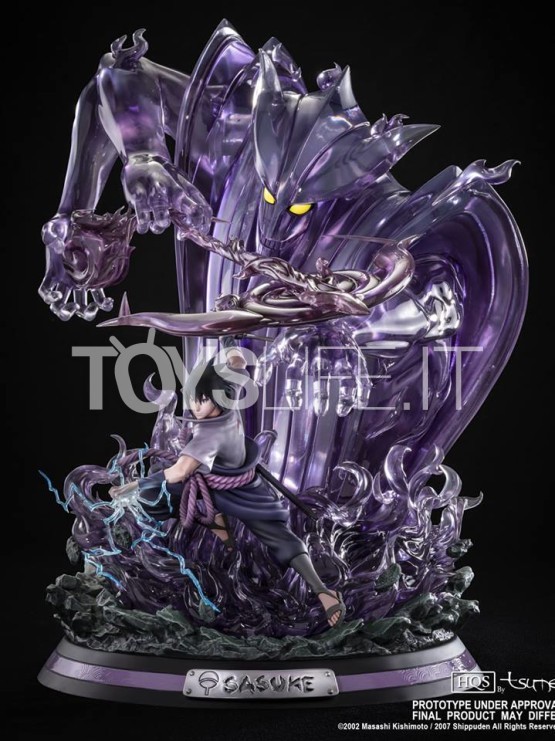 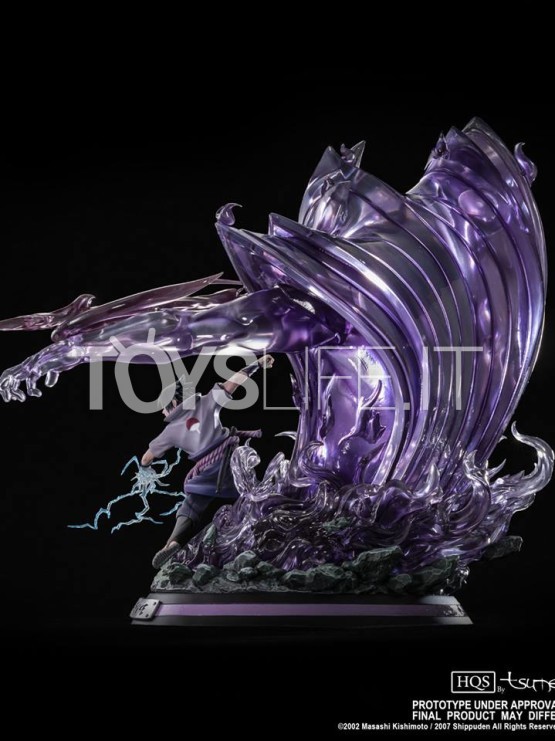 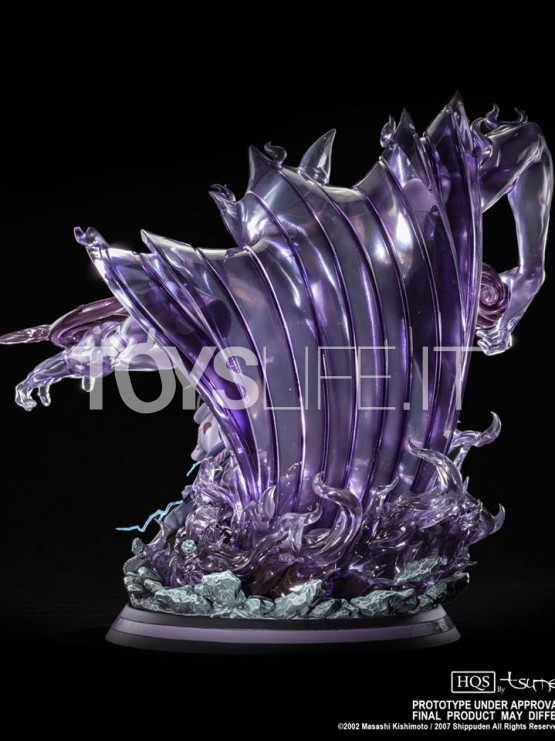 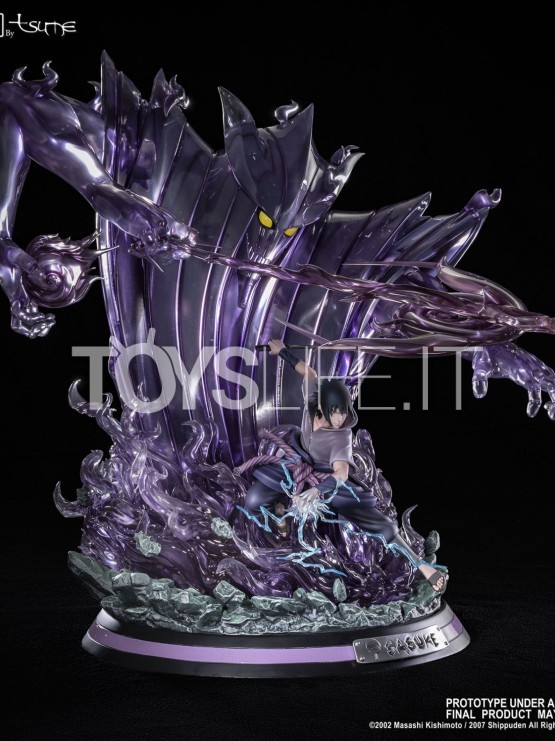 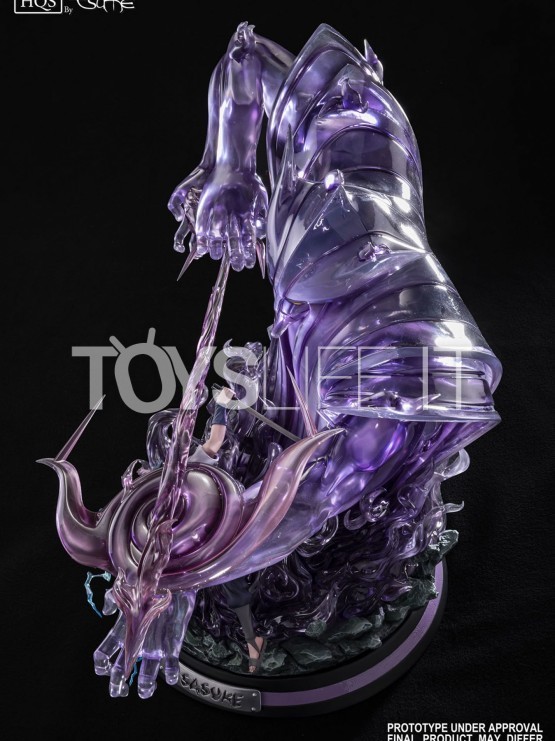 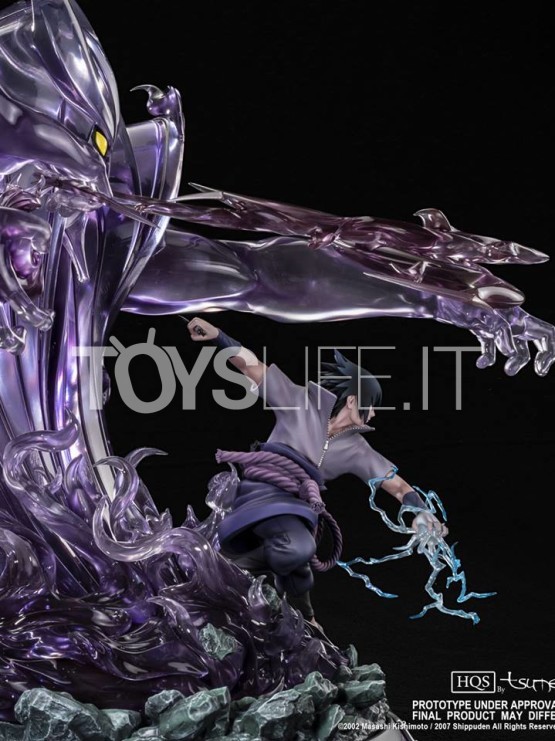 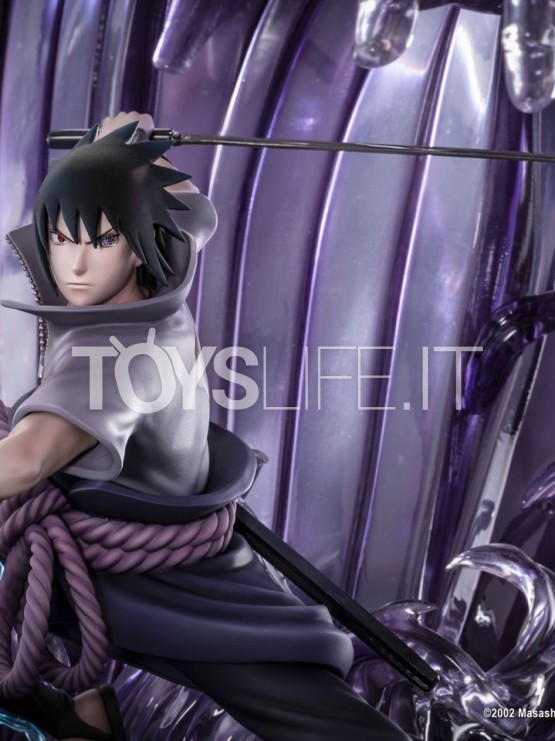 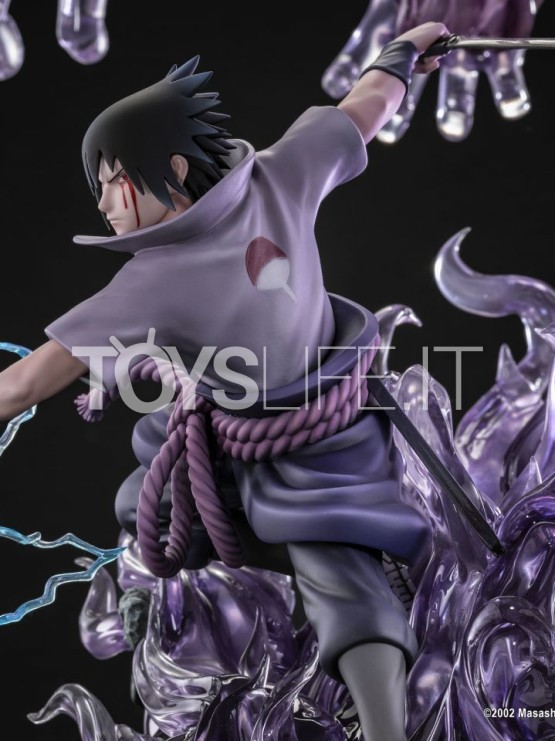 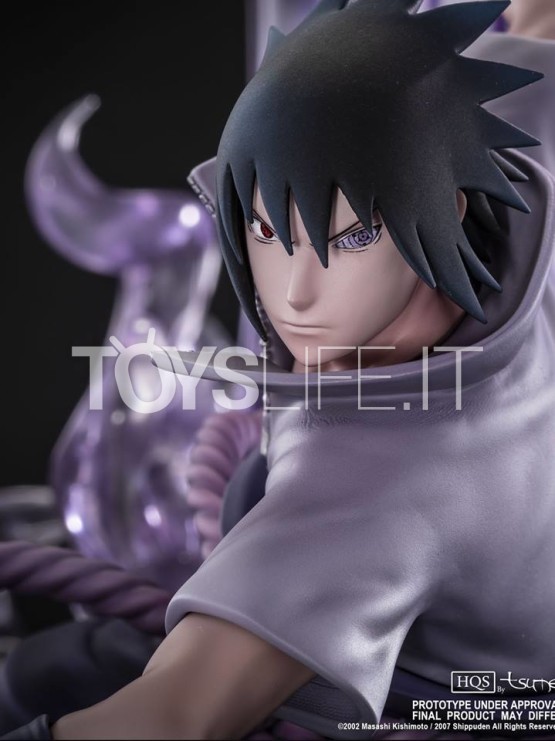 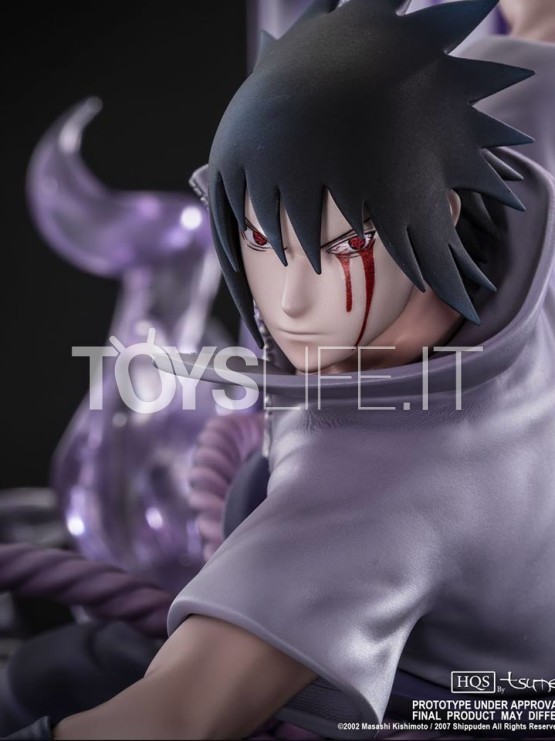 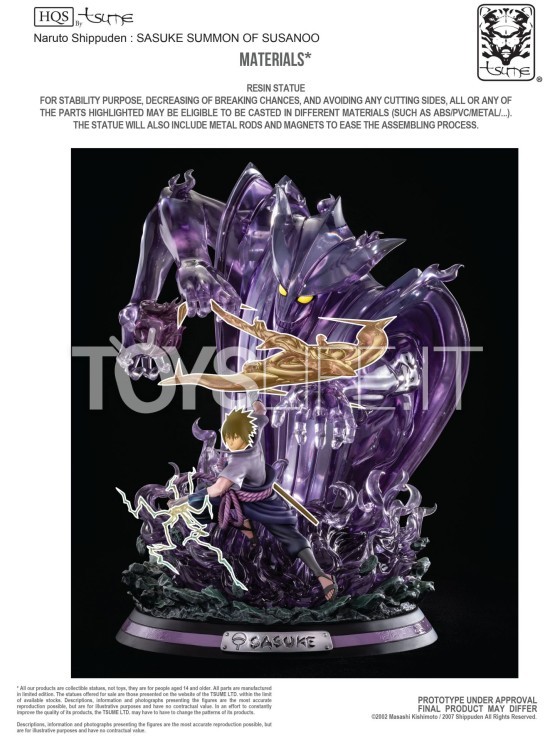 Naruto Shippuden’s fans have been waiting for him since the start, Sasuke Uchiha HQS by Tsume stages the most anticipated fights of the show among them, the Uchiha brothers facing Orochimaru’s disciple, Kabuto Yakushi! Start or complete your collection with this unique piece as dynamic as it is full of nuances.

Inspired by different scenes of the show, this statue features the heir of the Uchiha clan in a counter stance. Standing behind him the massive Susanoo jutsu, ready to fire a chakra arrow charged with Amaterasu. The titan, fully casted in clear resin, displays variations of purple and uses contrast to mimic the chakra’s visual effect. The flames on its base were our sculptors biggest challenge. The second challenge was to keep this piece within reasonable size so it would be easily displayed in showcases.

Sasuke is fully in extension, the sword drawn out and ready to deliver a lethal blow to his opponent. He’s coming with two alternate heads: the first one features both eyes with the Eternal Mangekyō Sharingan, and blood trail related to the use of the Amaterasu jutsu. The second head features one eye with the Eternal Mangekyō Sharingan and the second one with the Rinnegan inherited from the Sage of the Six Paths.

This piece of art is already great in standalone, but it becomes absolutely fabulous displayed in duet with our previous statue, Itachi Uchiha HQS by Tsume.