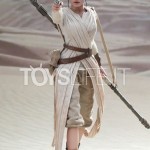 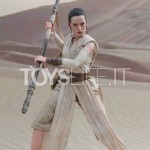 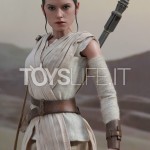 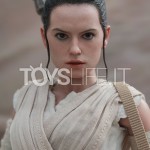 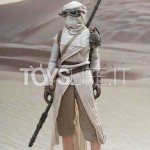 The release of the long-awaited Star Wars: The Force Awakens is here! Featuring a cast of new and familiar faces, the epic sequel takes fans on a very exciting journey in a galaxy far, far away!

Sideshow Collectibles and Hot Toys are thrilled to officially present the sixth scale collectible figure of the movie’s heroine – Rey!

Rey is a resilient survivor, a scavenger toughened by a lifetime of dealing with the cutthroats of the harsh desert world of Jakku.

The highly-accurate collectible figure is specially crafted based on the image of Daisy Ridley as Rey in the film featuring a newly developed head sculpt, three interchangeable looks, finely tailored outfit, a lightsaber, highly detailed accessories, and a hexagonal figure stand with the Resistance’s emblem.

Now is the time to add the new Star Wars heroine to your growing collection!