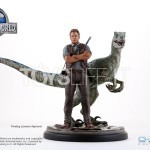 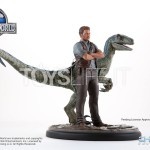 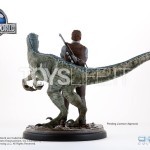 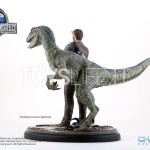 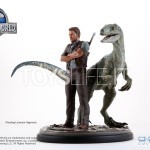 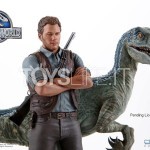 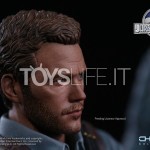 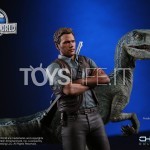 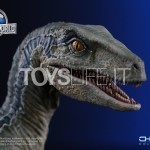 We are pleased to present the Jurassic World Owen and Blue 1:9 scale Statue.

“You might have made them in a test tube, buy they don’t know that. These animals are thinking, “I gotta eat. I gotta hunt. I gotta…” You can relate to at least one of those things. Right?”

Twenty-two years have passed since Jurassic Park was overrun by InGen’s prehistoric creations. A new park has opened on Isla Nublar and has been successfully operating for 10 years. New exhibits have driven more business to the park which in turn causes the Masrani Global Corporation, InGen’s owner, to press for more unique dinosaurs to be featured in the park. When a new, mysterious hybrid dinosaur manipulates the security system in her pen and finds her way free, chaos ensues and history repeats itself.

When the Indominus Rex begins her rampage, the only line of defense for the park is the game warden, Owen Grady, and the four Velociraptors that he raised from birth. They have learned to work together over the years, but more importantly, they understand that Owen is their Alpha…mostly. Like any large, sharp-toothed pet, there are always risks, but throughout this horrifying experience, Blue and Owen display that any animal to human relationship just needs trust and respect.

The Jurassic World Owen and Blue 1:9 scale Statue was designed to show this relationship between man and beast. The concept design for this piece came from a photo in the Jurassic World periodical from Entertainment Weekly. The pose was decided after working closely with Universal and Industrial Light and Magic. The 3D sculpt work was provided by Dean Tolliver and Sean Dabbs. Owen was painted by Nathan Eakins and Blue by Alex Alva. 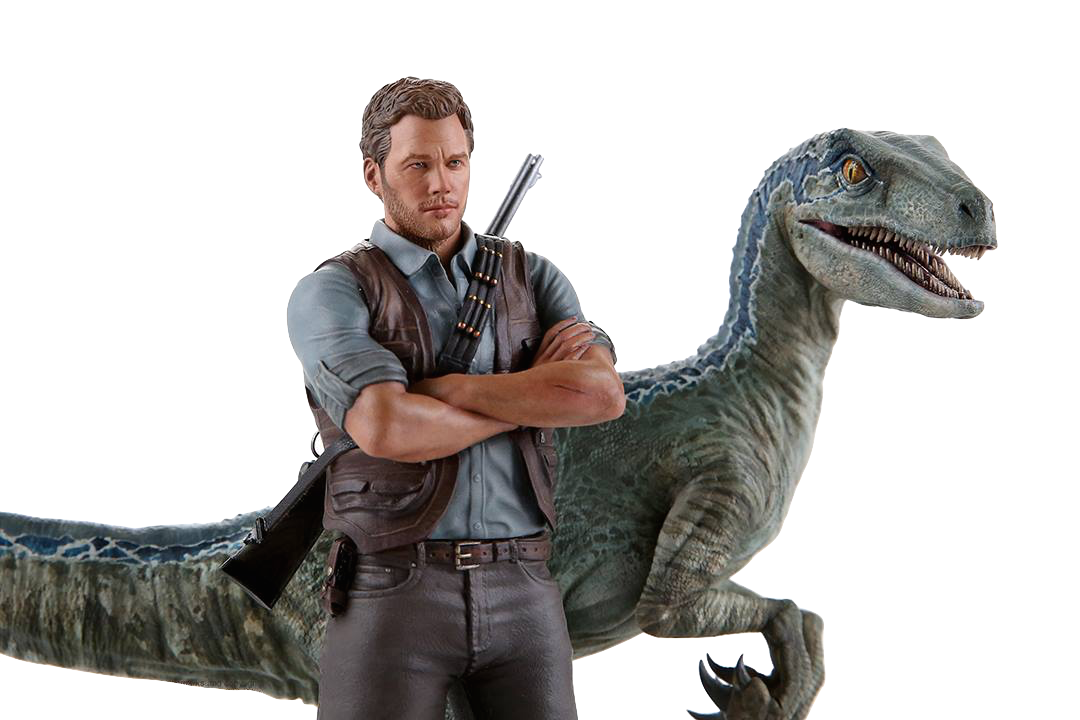