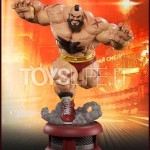 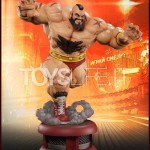 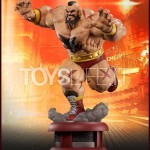 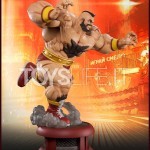 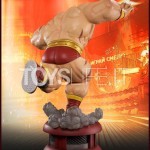 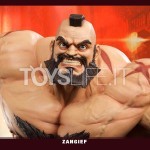 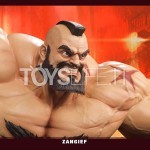 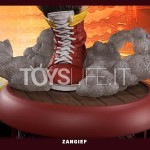 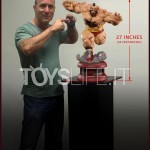 The Ultra line of Street fighter Statues has been a huge success ! We now present the third piece in this line.

“Roaring muscles and deadly spin, that is Red Cyclone!”

Beyond being the first professional wrestler in the Street Fighter franchise, the most important thing you need to know about Zangief is that the scars that mark his body came courtesy of the 10’ Siberian black grizzlies he trains against in the Russian wilderness.

The second most important thing you need to know about Zangief is that he has no respect for their fighting style. Those bears should feel shame.

Arguably the brawniest character in the tournament, the Red Cyclone has been a fan favorite since his debut in 1991. While the other World Warriors fought for money, revenge or world domination, the Cossack champ used his body of steel to fight for his country and “the great power and dedication of muscle.” As far as Zangief is concerned, not even M. Bison’s Psycho Power is a threat to his Muscle Power.

Using the actual Street Fighter V 3D model for absolute accuracy, this high-quality collectible is a flawless specimen of polystone manliness, from trapezius to gastrocnemius. Our PCS comrades have demonstrated the power of their technique by rendering each perfectly-pumped muscle with the respect it deserves, greatly honoring their dignity. The result is both mighty and magnificent. The result is Zangief. 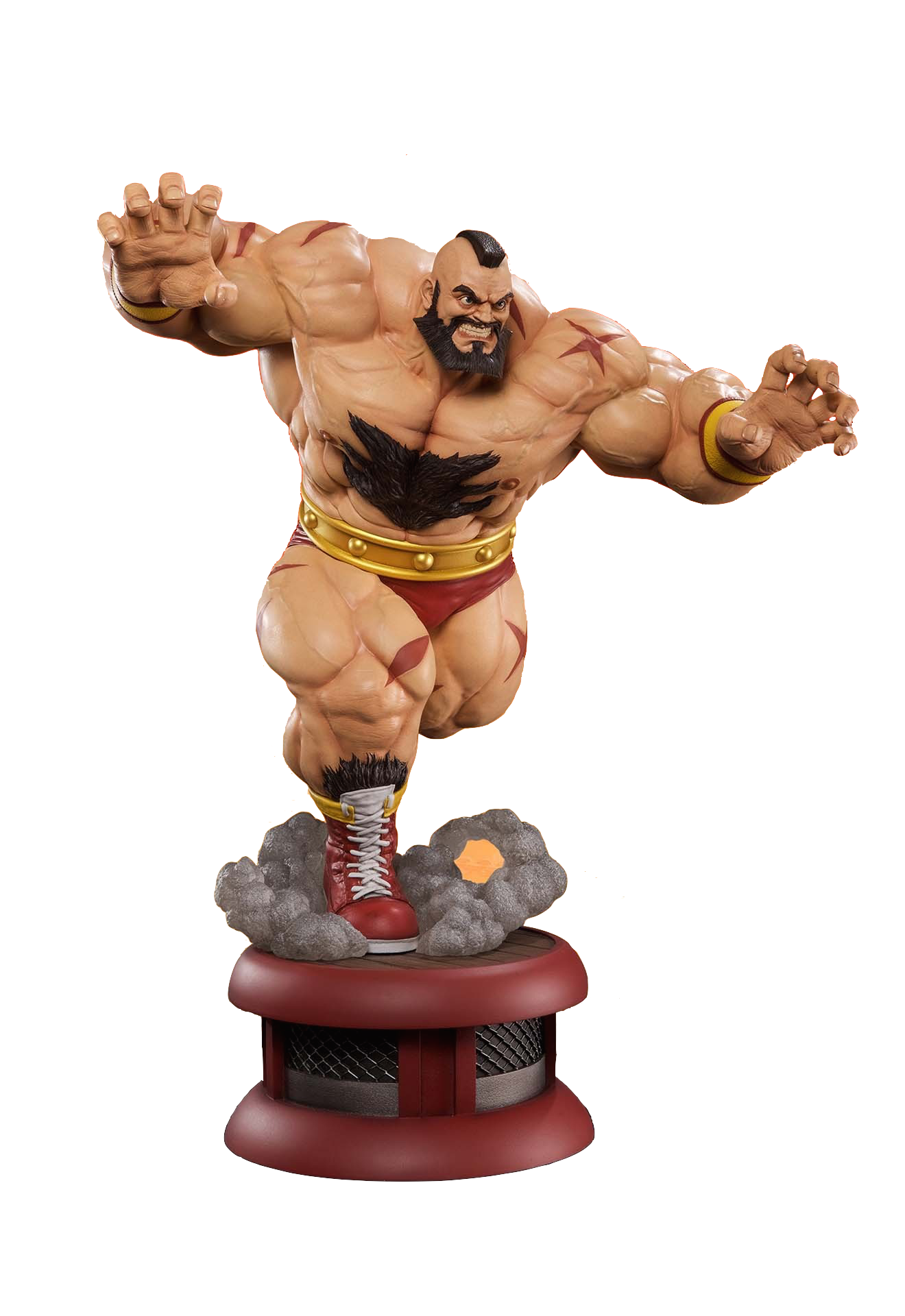