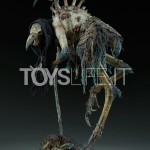 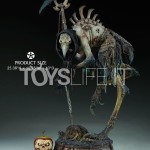 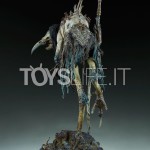 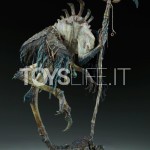 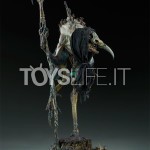 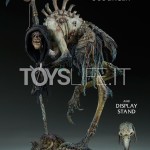 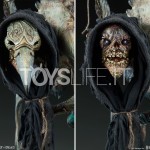 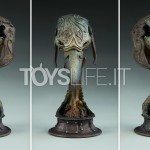 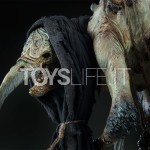 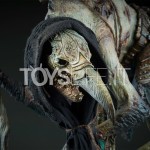 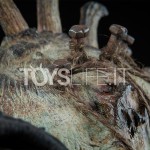 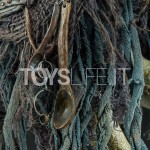 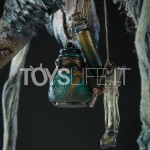 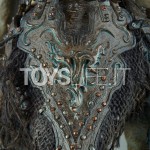 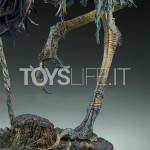 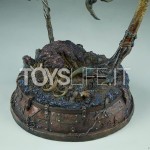 Sideshow Court of the Dead Poxxil The Scourge Premium Format

Wishlist
Email to a friend
Categoria: Sideshow Tag: court of the dead

‘They deride me, calling me ‘needlepick’ – but let me ask you – what is sharper than a needle?’

Sideshow presents the Poxxil: The Scourge Premium Format Figure, the latest addition to our original Court of the Dead collection.

Not all those who reside in the Underworld toil selflessly for the Alltaker in support of his secret rebellion against Heaven and Hell. Some, like Poxxil, support the rise of the Underworld only insofar as it coincides with their own personal gain. Poxxil is a scourger, a type of reaper who scavenges and picks at the leftover and overlooked bits of etherea.

‘In this particular pose/moment in time, Poxxil is scavenging a war-torn battlefield,’ explained sculptor Mark Newman. ‘He is collecting any last bits of spirit essence he can find from the fallen to feed his own life force.’

Poxxil stands just over 25 inch tall, towering menacingly over his environment on one spindly and grotesquely detailed leg. ‘I researched ostriches for the leg structure anatomy, to bring more of a sense of reality to this fantasy character,’ Newman said. ‘I also got a bit morbid – as one often does while working on the Court of the Dead line – and researched animal carcasses for the torso of Poxxil. Mostly the larger dead African animals provided the best reference for anatomy of withered and rotted body parts.’

The resulting union of intricate realism with fantasy anatomy produces a character straight out of a nightmare. Peruse the visceral details of Poxxil and you won’t be able to look away – even if you want to!

Gloriously adorned with a ragged skirt and an imposing gnarled staff, every carefully weathered and tattered element of this figure is dripping with the suggestion of his storied scavenging. But lurking within his billowing hood is his most horrifying feature: his haunting, twisted face. Gaze into Poxxil’s eyes and you get a glimpse into another world. (Good thing he often keeps his rotten visage hidden beneath his ‘Scourger’ mask.)

‘My favorite sculpting projects are always creature-type characters where you can really let your imagination go wild without the constraints of conventional proportions, realism and likenesses,’ Newman said.

Don’t end up being an eBay scourger! Snap up the Poxxil: The Scourge Premium Format Figure while you still can! 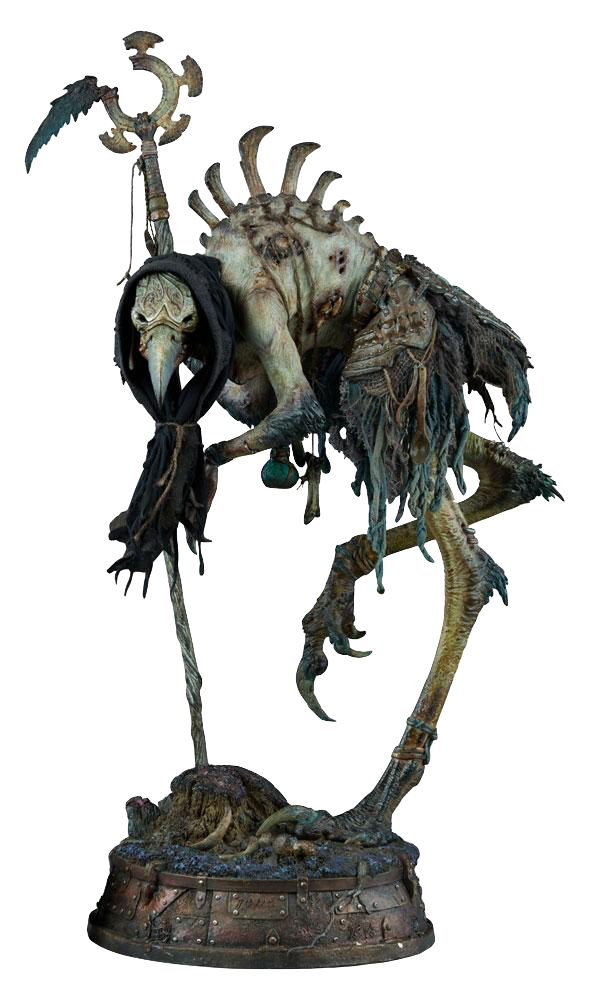