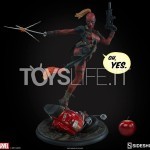 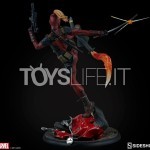 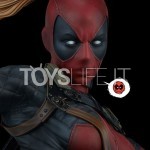 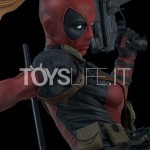 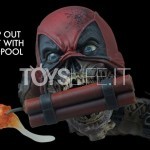 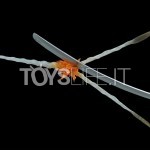 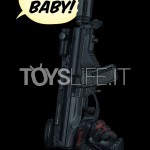 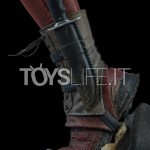 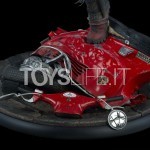 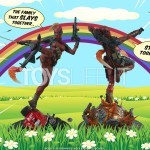 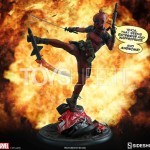 “You’ve got one second to rephrase that and perhaps say something nice about my hair.”
Forget the fourth wall- we broke a couple of dimensions with this one!

Lady Deadpool comes from an alternate timeline where the world isn’t as totally awesome as this one, so we’ve brought her to our Earth to make with the crazy as a member of the Deadpool Corps!

You may think to yourself, “How could the Lady Deadpool Premium Format Figure possibly be as charming and deadly as her unquestionably sexy Deadpool counterpart?”  Well, I’ll tell you-

This figure packs so much explosive energy into one statue that the fourth wall could hardly contain itself!  Standing 22” tall on top of a damaged red scooter, Lady Deadpool is kicking into action with her signature blonde ponytail waving in the wind.  We’ve slapped some hilarious stickers on the scooter, and the license plate is a super secret reference to something totally awesome!
With no time to use anything but maximum effort, she is posed precariously kicking a missile in midair while she slices a bullet in half with her katana.  She hasn’t even had to fire her gun yet and she’s already tearing the place apart.  With an exciting swap-out, she can kick the high-flying Headpool into action, armed to the teeth with explosive dynamite.  KABLAM! 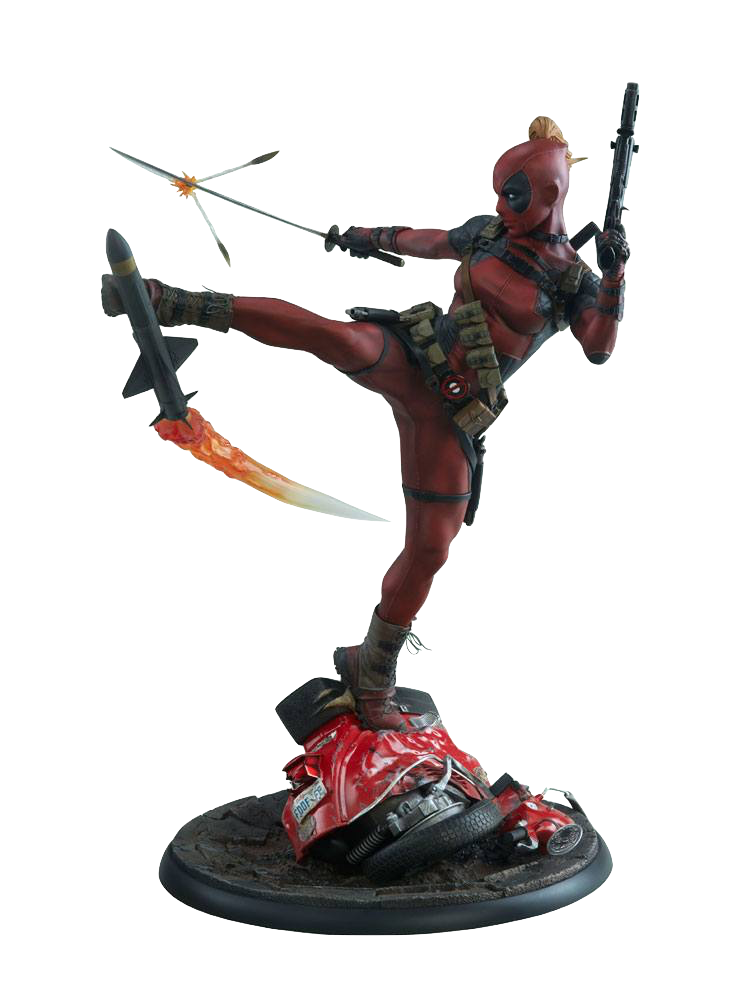